As in most offices, there is a bit of a tradition of pranking at my office. Pranks that cause physical damage, make it impossible for the victim to work or which are mean are discouraged but some fun pranks still take place. It does help lighten the day, I’ll admit. Right now there seems to be an ongoing prank being perpetrated on two program managers who share an office but it’s a mystery as to who is doing it.

Each office in our building at work has what’s called a relight. It’s a floor to ceiling, about 12 inch wide window that runs vertically next to the door to allow light into the hallway and the office. It’s also very useful for seeing if the person you need is busy if the door is shut for quiet. Right now our building is crowded and all non-managers are sharing their office with at least one other person. It’s not ideal but it’s not horrible.

Two members of the product team I work as a writer for share an office. These are two of my absolute favorite team members and they are true rockstars. They have a great sense of humor and it’s a Good Thing that they do.

About 4 months ago, I think, I walked by their office to discover that someone had taken a whiteboard marker and written “Squirrels” on the relight. I asked why but no one seemed to know the reason or who had done it. Guesses were made that it had to do with the movie “Up” but most people just shrugged. The funny thing is, the two PMs are a bit like squirrels. They are industrious, busy, and running about getting things done.

I will confess that I started calling them “The Squirrels”. Hey – don’t glare at me! I did tell them that if it bothered them, I’d try to stop but they said they didn’t mind. I guess that’s a good thing because it spread. Pretty soon my co-workers started calling them The Squirrels, too. Then when we were speaking about just ONE of the two, we had to differentiate — I tended to use “Tall Squirrel” and “Not-So-Tall Squirrel”. They took this with incredibly good graces, I’ll confess. Everyone seems to know who I mean when I say I need to talk to the Squirrels or run by the Squirrels’ office.

(I felt relatively safe with calling them that because they didn’t erase the moniker from their relight for months. I figured they couldn’t be too annoyed if they left it there.)

Then about a month ago, “Squirrels” disppeared from their relight. I inquired when I noticed the deletion because if they had gotten sick of it, I wanted to TRY to not call them that anymore. But they said they hadn’t erased it – they’d just come in and it was gone. It seemed to be the end of the prank. I was sad. A little humor goes a long way sometimes. 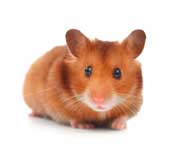 Two days later, I walked by and a new word had been written on the relight – “Hamsters”! They asked me if I wrote it and when I asked why they thought I did, they said it looked like female writing. (There’s female writing??) For some reason they seemed more eager to figure out who had dubbed them hamsters than squirrels – did they consider it a step back? Hamsters are cute too but I couldn’t see them so much as hamsters – most hamsters I knew were only energetic at night and slept a lot of the time. I continued to call them the Squirrels, in defiance of their new moniker.

I’m not sure they ever followed through on their idea of gathering writing samples from various suspects’ whiteboards, though. Last I heard they’d narrowed in on a couple of people and were asking questions.

But, again, they let the writing stay.

Yesterday I stopped by to ask a few questions and “hamsters” had been replaced by a new moniker – “Capybara”. I’m afraid I DID crack up at this one. Plus someone had written “Python food” and drawn an arrow pointing to “capybara”. They just shook their head when I managed to point at the relight and shrugged. One of them did admit they had to look up what it was. (It’s actually a giant South American rodent. Think 140lbs or so giant.)

I wasn’t paying a lot of attention but I think the three different names were each in different handwriting. I’m not sure who is responsible or what group of people might be but it’s truly hilarious and I can’t wait to see what the two PMs are dubbed next. The combination of the escalation (or maybe descent?) of rodent species and the way the two PMs can take a joke makes it a lot of fun and has really livened up what has otherwise been a highly stressful and incredibly busy few months.